History of the Dahlonega Gold Rush

Gold was first discovered in the Dahlonega area in 1828, twenty years before the Gold Rush to California. When it was discovered it was completely by accident – when a deer hunter, Benjamin Parks, tripped over a rock 2 ½ miles south of what is now Dahlonega. He got to looking at it and it was full of gold. Within one year’s time some 15,000 miners heard about that and rushed to find some gold for themselves. At that time there was so much gold in and around Dahlonega that it laid on top of the ground, washing off the mountainsides for centuries.

The first miners were the lucky ones, being able to pick the gold up by hand. But pretty soon all the easy gold was gone so the miners went to the streams and rivers in search of more easy gold. But all they had at the time was the gold pan. At first the gold pan worked pretty good, but after awhile it became nearly impossible to make any money with it. The gold pan then became a way of testing first to see what was there.

To make any money at it a sluice box was developed to go through more material in less time. Sometimes rockers were built onto the bottom making it a rocker box but basically the same principal – let gravity do the work. A sluice box was nothing more than a long trough with a riffle system down the middle, similar to a ladder laid down. As the material washed down the middle the heavier gold and black sand (iron oxide) would settle to the bottom forming a concentrate while the lighter material washed out the lower end. The concentrate would then be panned for the gold. 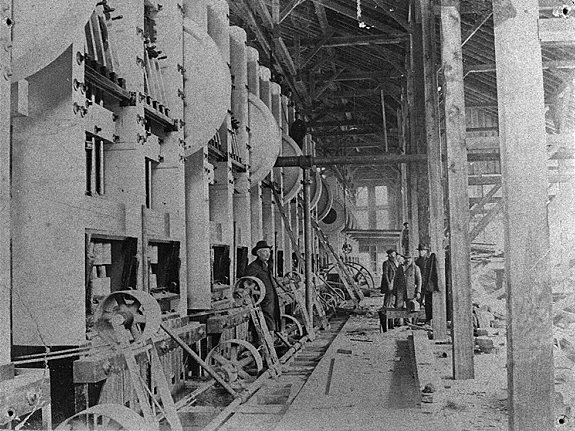 With 15,000 men digging up the stream and riverbeds the easy gold was gone quick, so they had to search elsewhere for more easy gold. In 1845 Nathan Hand got the idea that there had to be a better way and he found one. Using a series of pipes and ditches, gravity flow water pressure could be used to wash away mountains and get more material to feed into the sluices. The main hydraulic system involved a pipe and ditch system that spanned 26 miles! Shooting all that water through a 5-6 inch nozzle (a water cannon or hydraulic giant) it was shot up at the mountainside to create a mud-slide bringing the gold-bearing material washing down directly into the sluice boxes lined up at the bottom. A series of reservoirs were also built. When one reservoir was used up it was time to clean the sluices while the water was building back up.

The Consolidated Gold Mine Begins

In about 1880, hard rock was reached on what is now called the Consolidated Gold Mine Property. After several years of testing by Capt. Ingersoll, Antonio and others it was then determined what was providing the gold to the outside world. Not veins of gold but veins of quartz containing gold. Theory has it that even the solid rock is layered by weight when still in a molten state. The heavier metals like gold and iron stayed with the heaviest rock of the area – quartz. Most quartz veins containing gold run an average of 2-3 inches thick, if that big. The largest at around 8″ thick. On the Dahlonega side of the mountain a man named Knight found an area where several extremely large veins were running together forming one giant vein. One so huge that it wasn’t measured in inches but in feet – 22ft. thick – still today one of the largest veins of quartz discovered in the world containing gold. Soon the huge vein system was found to be going down-hill at a 45 degree angle heading deeper underground and below the water table. After a brief hiatus, mining of the Knight or “Glory Hole” vein continued when a group of northern investors bought up 7,000 acres of land around the discovery sight, and all the smaller mines with it, forming the Dahlonega Consolidated Gold Mining Co. in 1895. Out of business in 1906, the Consolidated has been reported to be the very first attempt at systematic, deep underground mining in the east and quickly become a legend even in its own time.

Whatever the reason: price of gold too low; being below the water-table the gold stuck inside the iron making it too expensive to mine; material not produced fast enough for the 120-stamp mill; or scamming among the investors, the tunnel system was totally abandoned for 75 years until new life was instilled by a coal mining family from Kentucky wishing to change occupations after several generations.

Today visitors to Dahlonega are invited to see the “Glory Hole” itself by way of guided tours year round where the tour guides are open to questions about the gold mining history of the Dahlonega area and the largest gold mining operation ever established east of the Mississippi River. 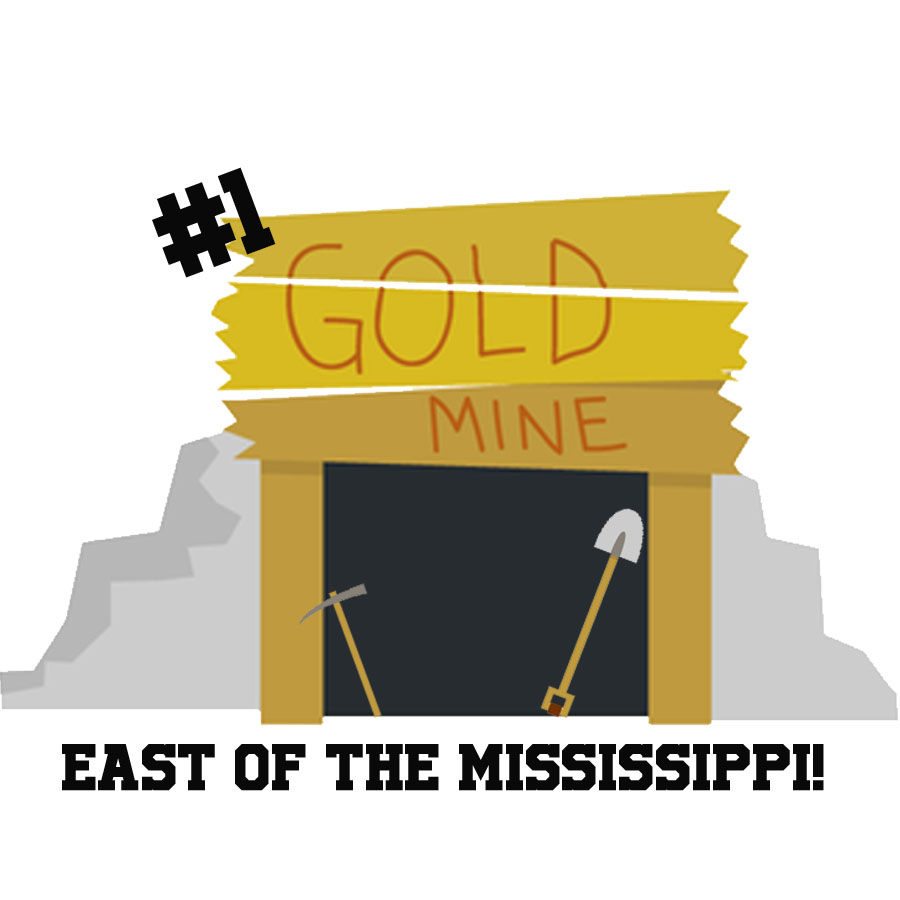 Check out Consolidated Gold Mine on Yelp

OPEN 7 DAYS A WEEK
RAIN OR SHINE 10:00 am - 5:00 pm
Open ALL holidays with exception to Thanksgiving Day and Christmas Day